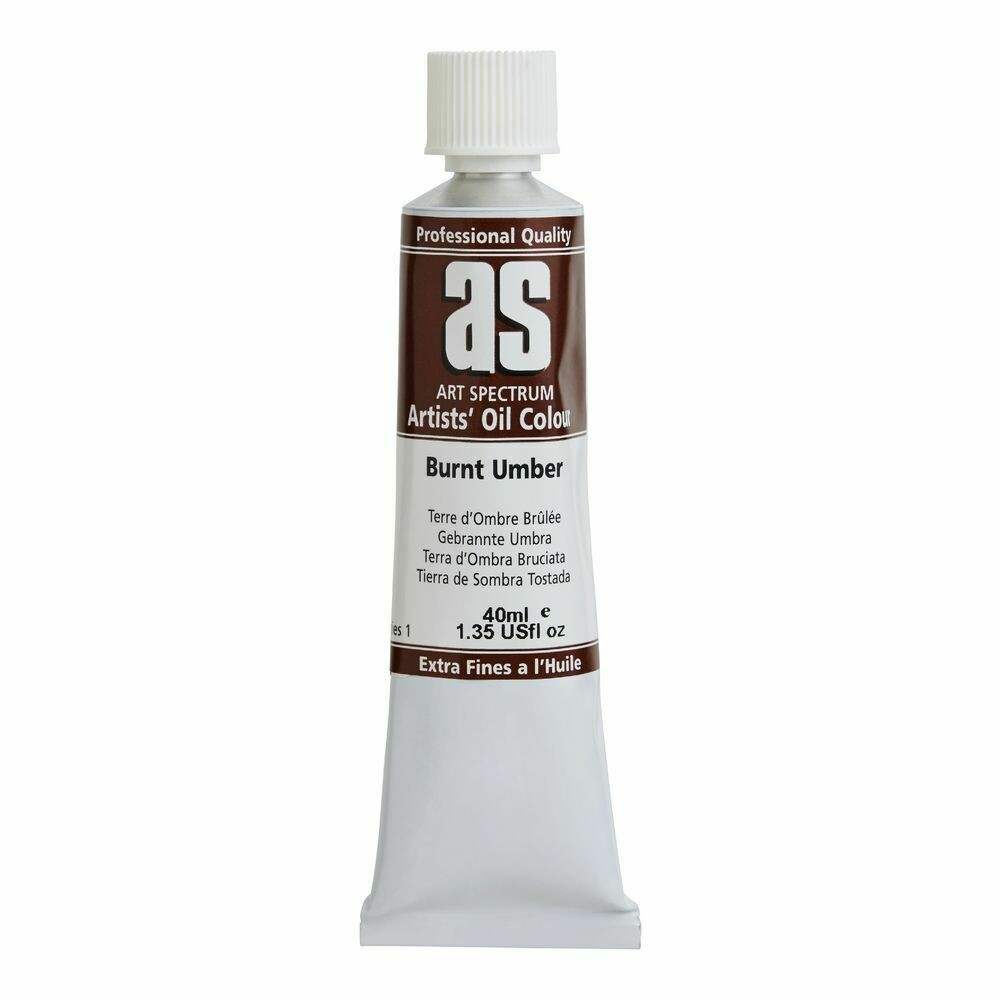 Art Spectrum® Burnt Umber takes its name from both the particular clay that it’s made from, umber, which in Latin means ‘shadow’ and from the name of the Italian region of Umbria where much of it was sourced during the Renaissance and earlier. The pigment umber gets its particular colour from the traces of iron and manganese.